ParaARM: One Sport – One Stage 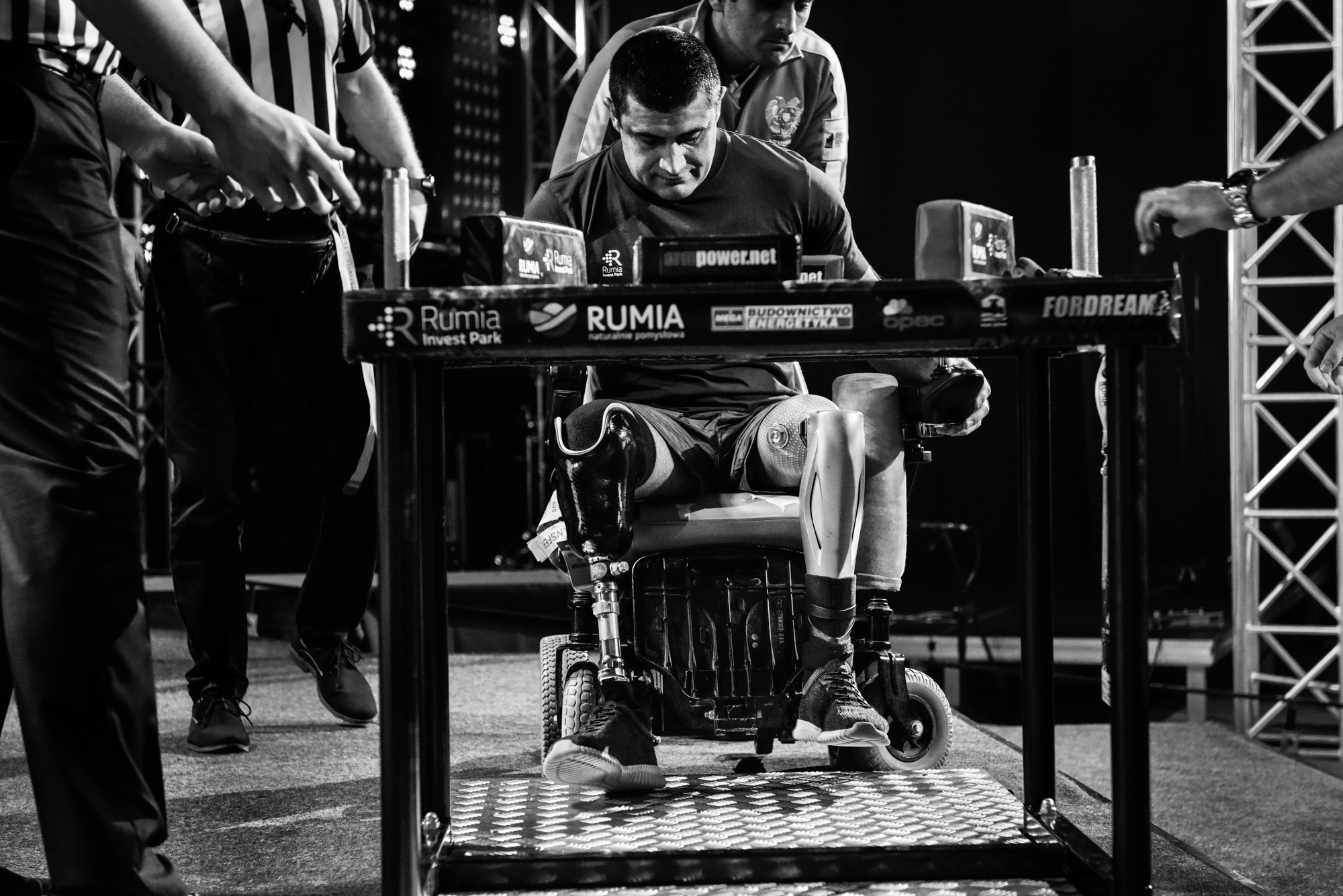 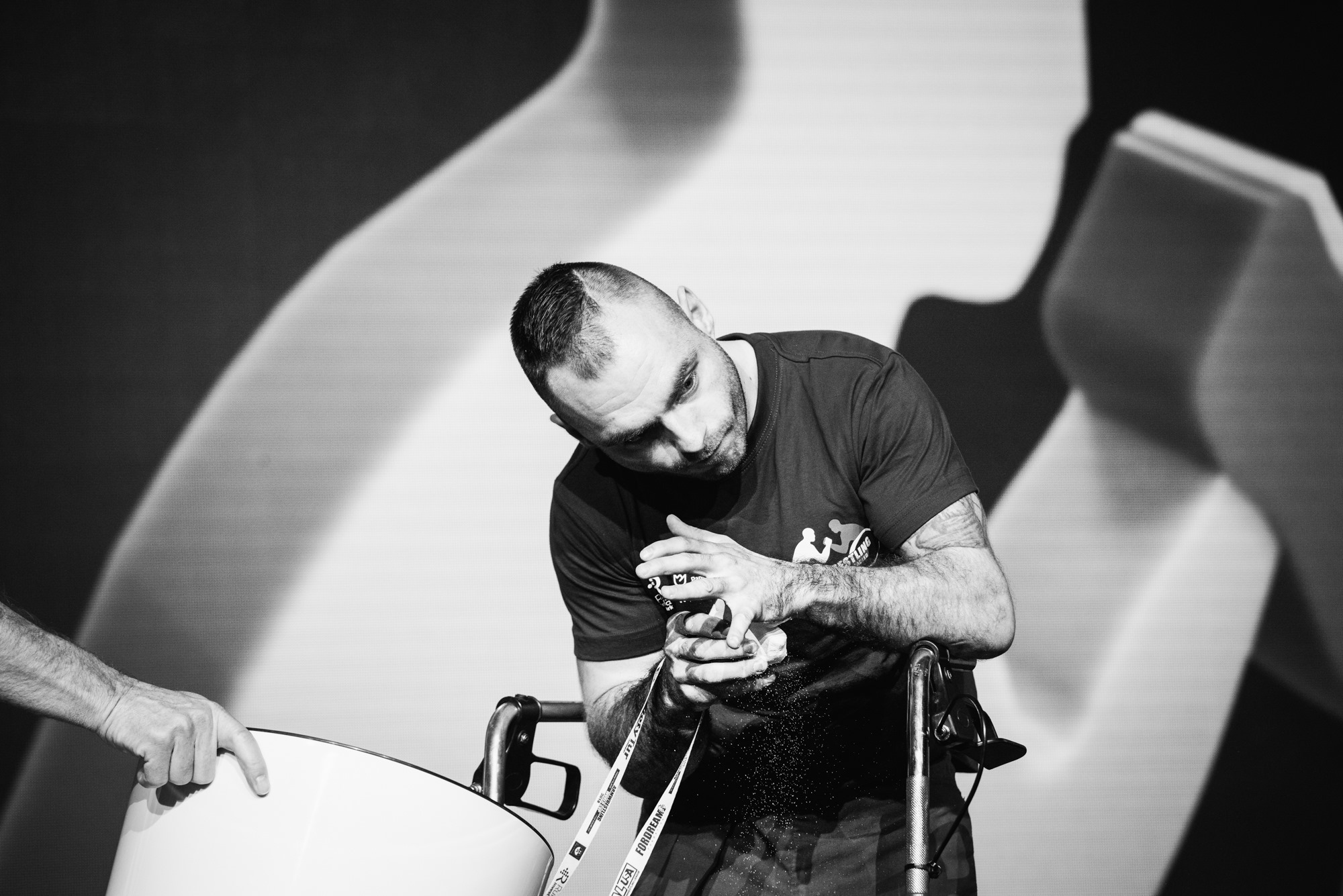 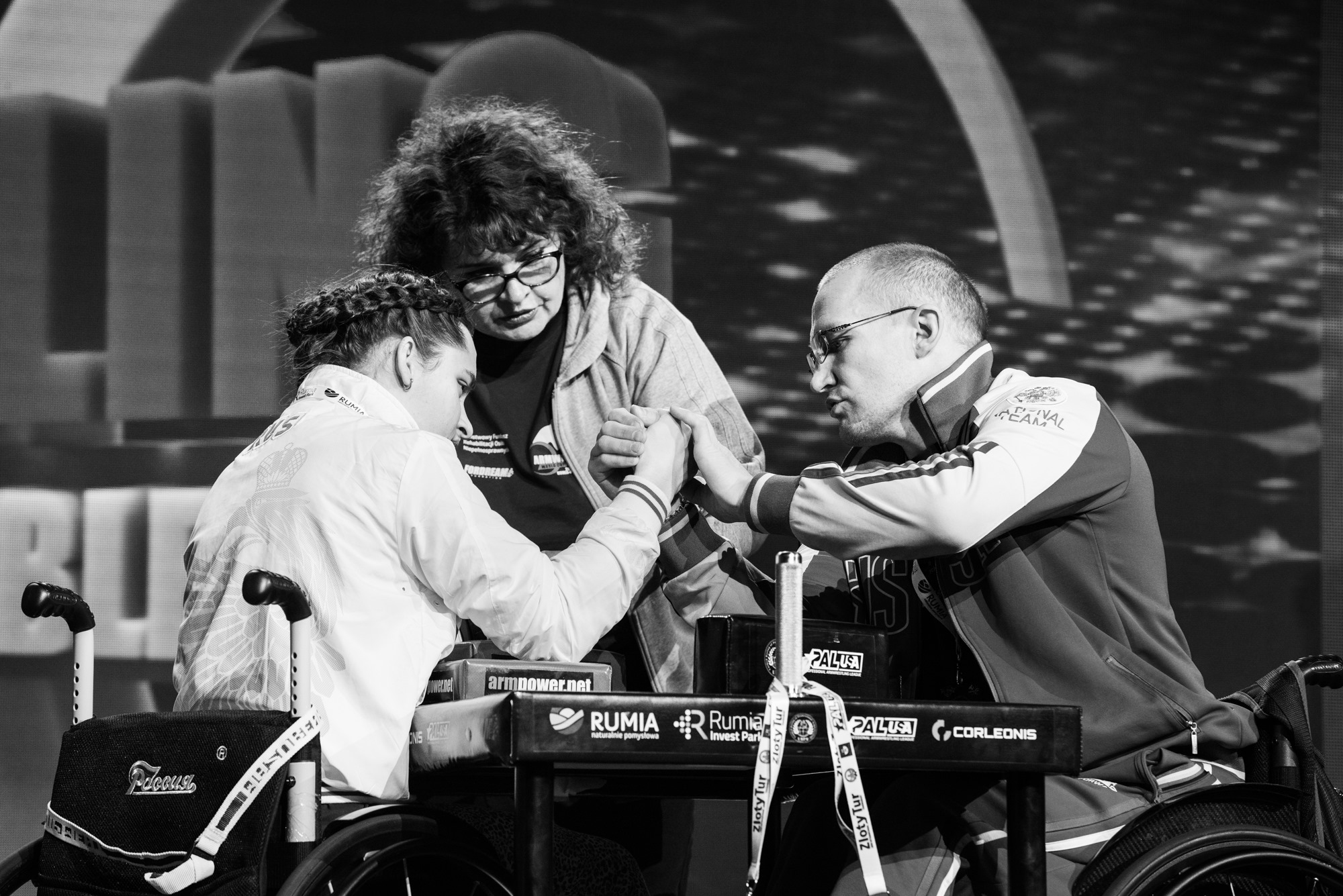 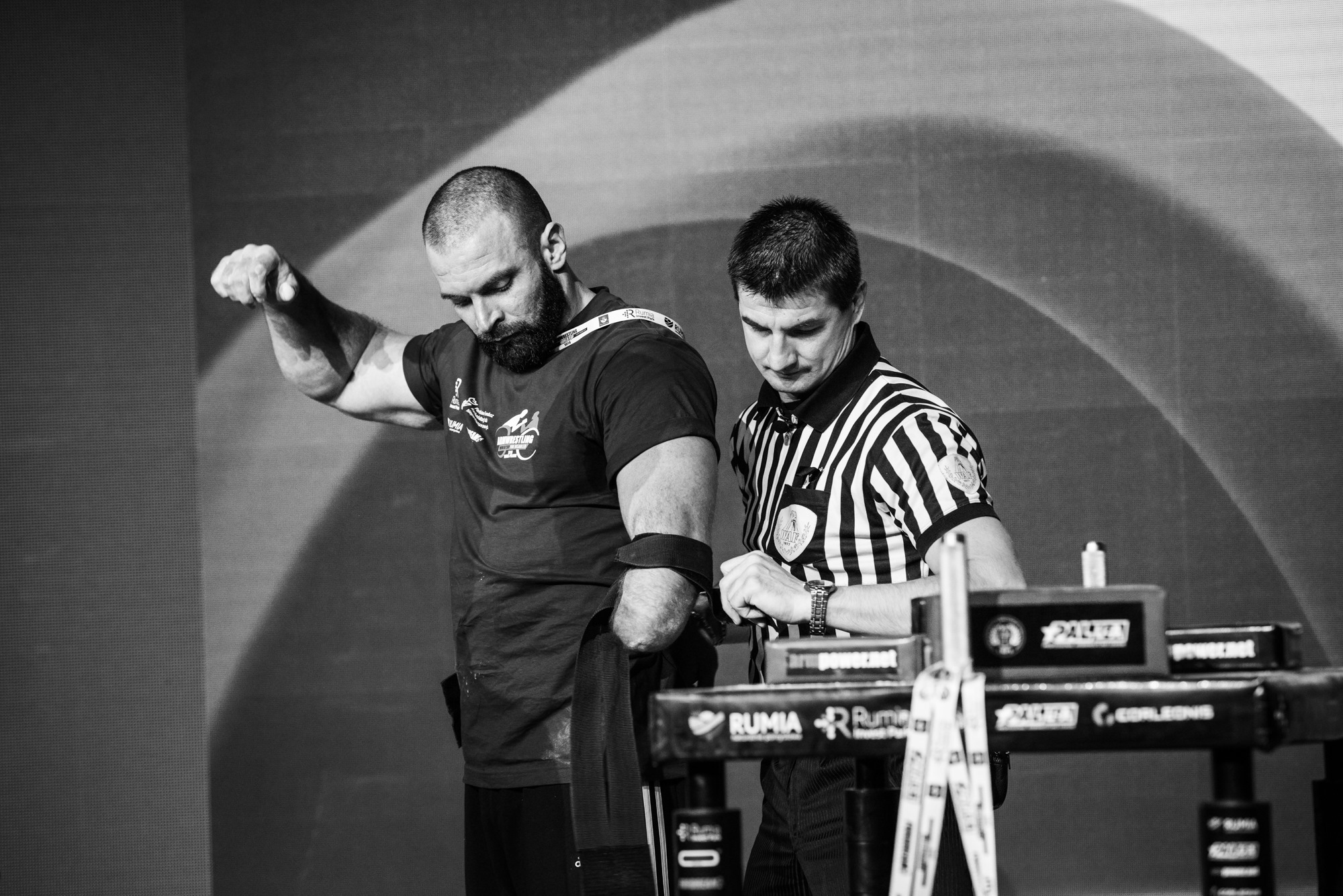 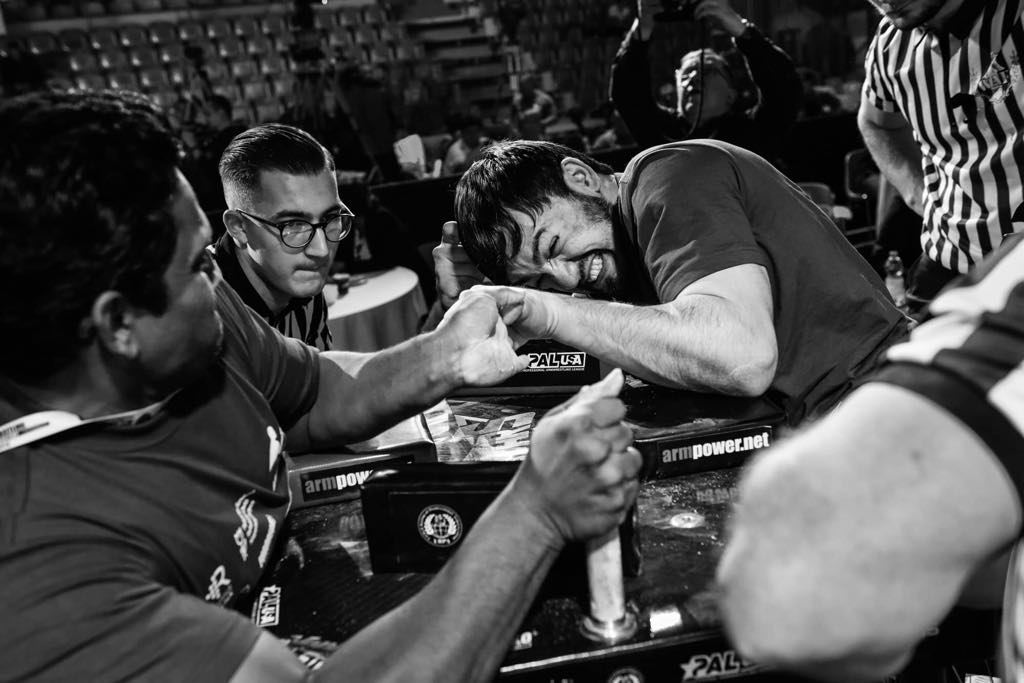 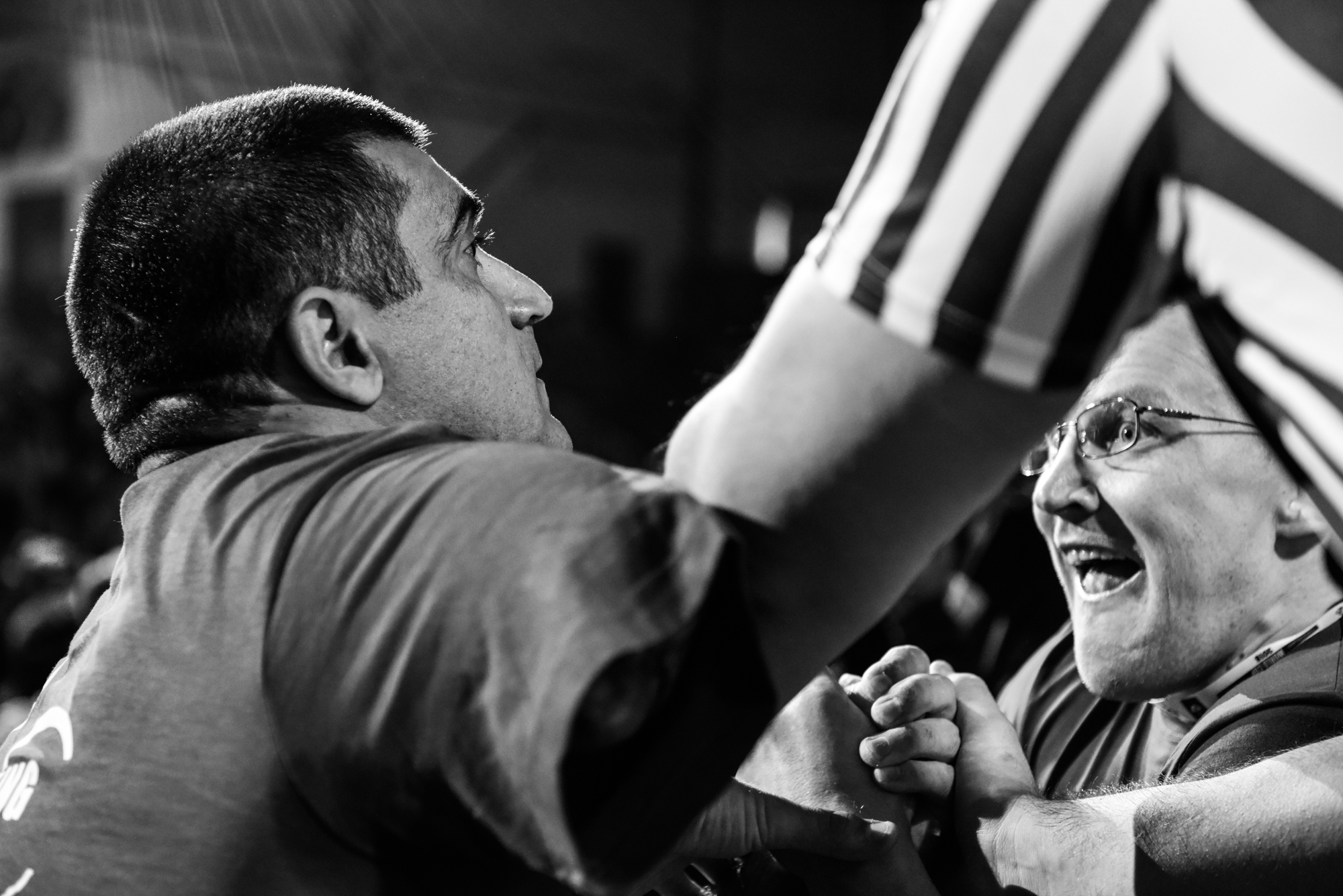 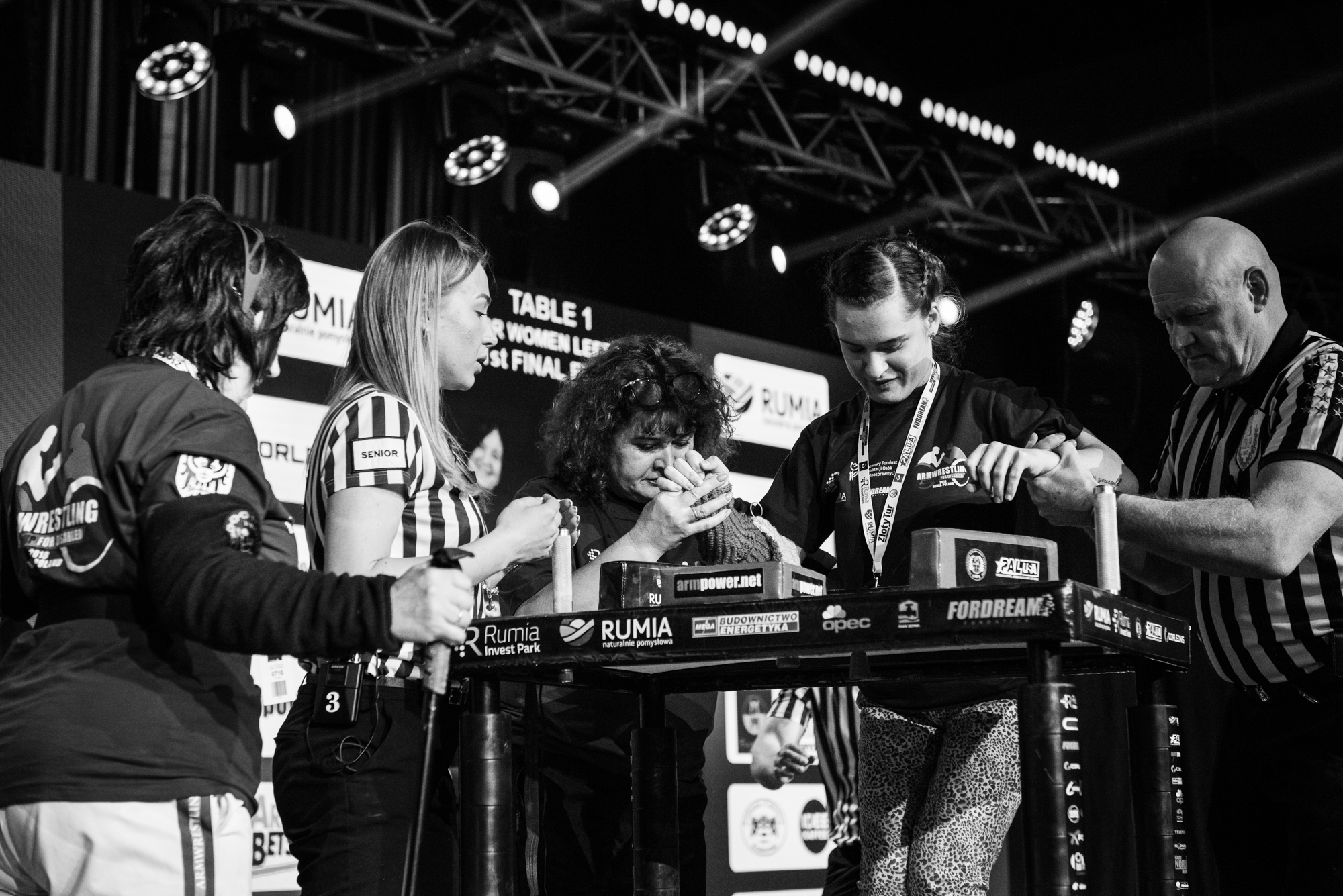 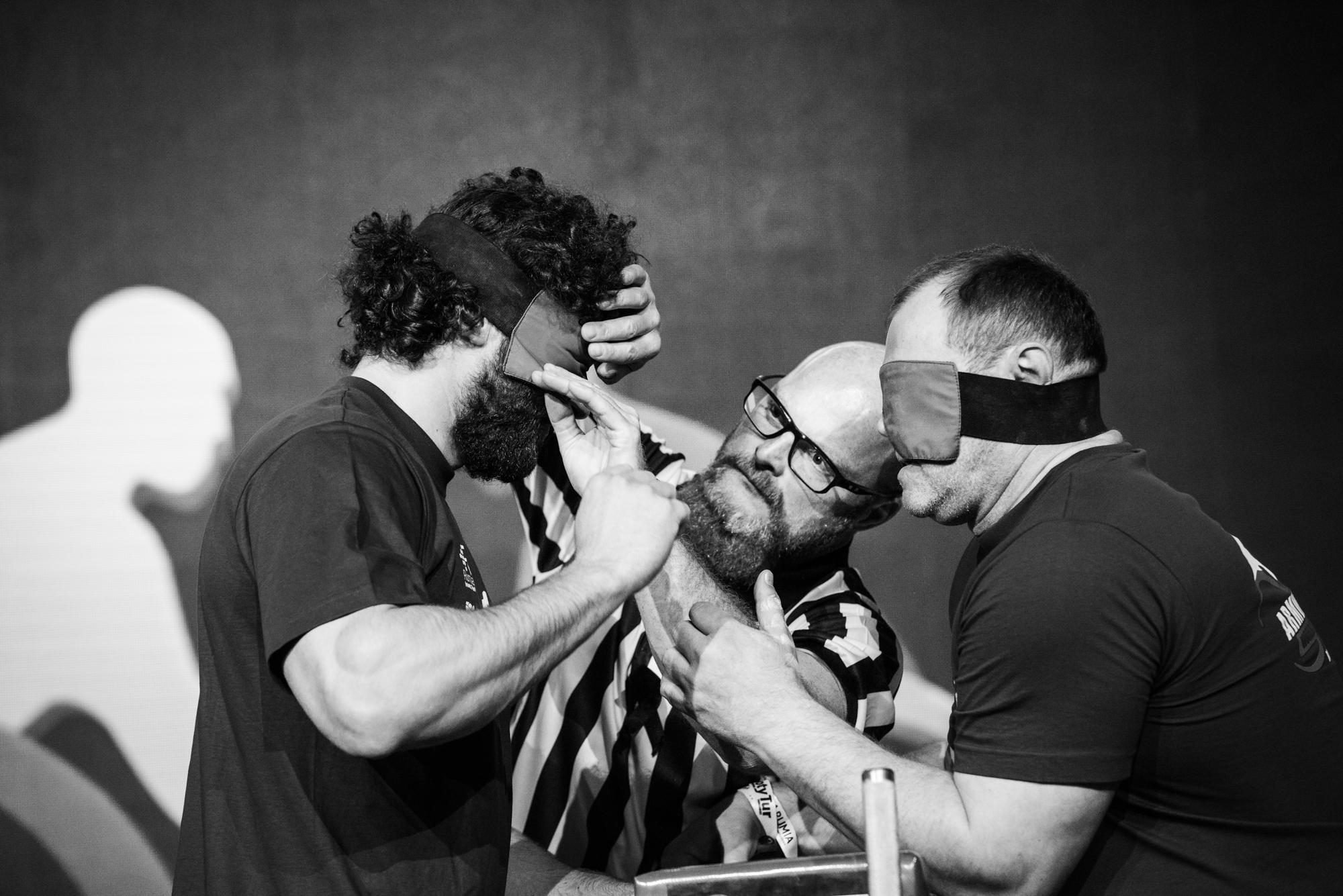 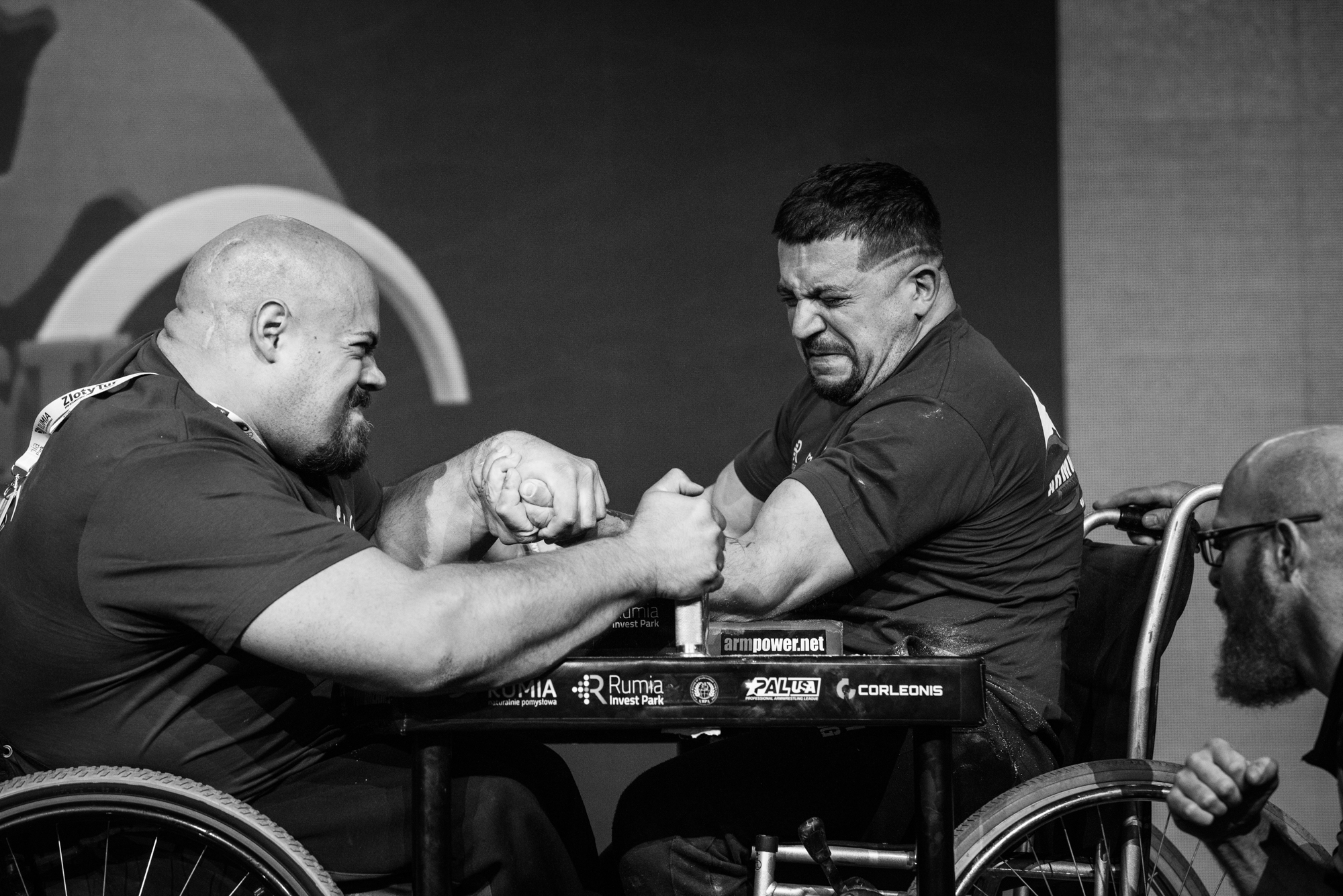 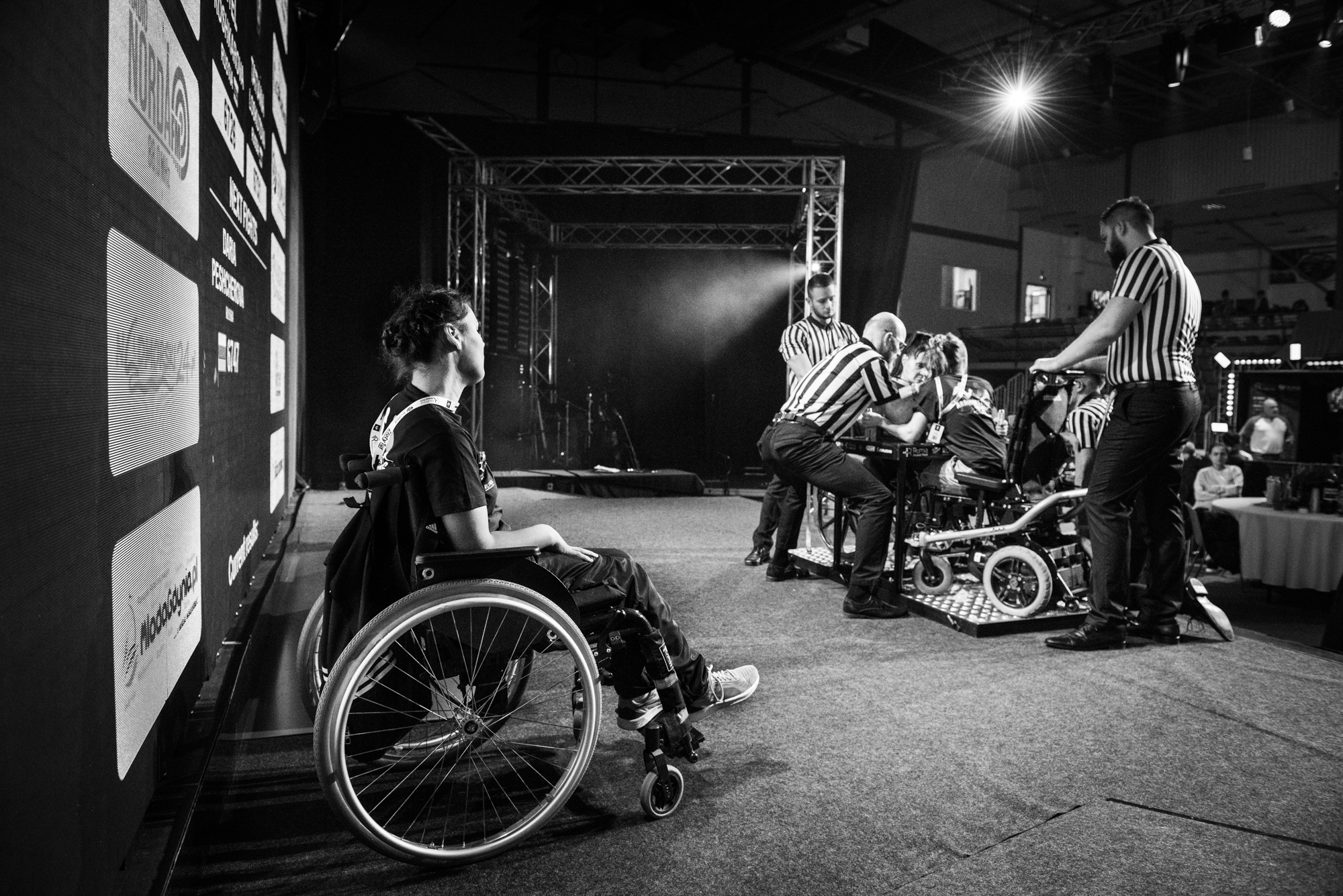 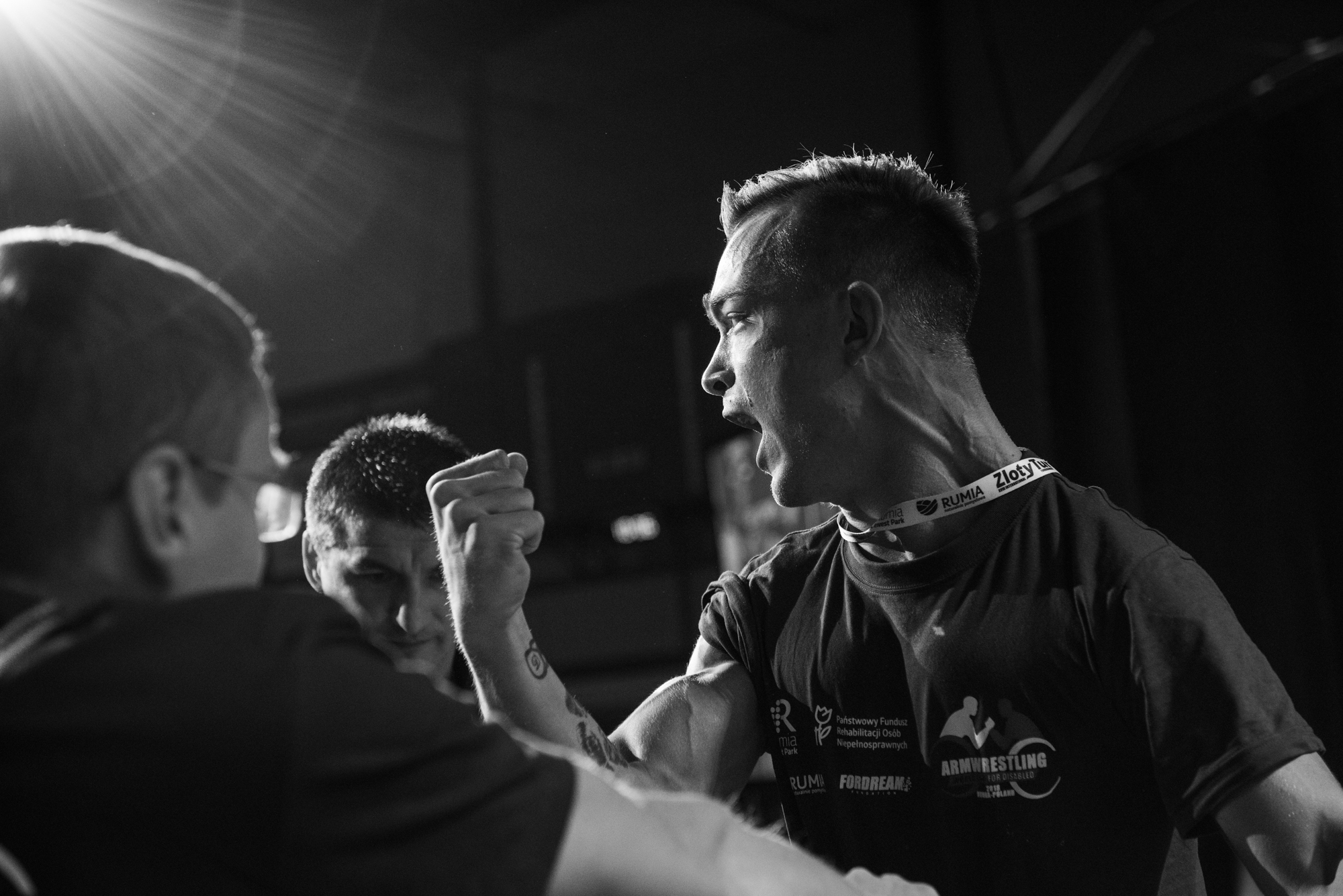 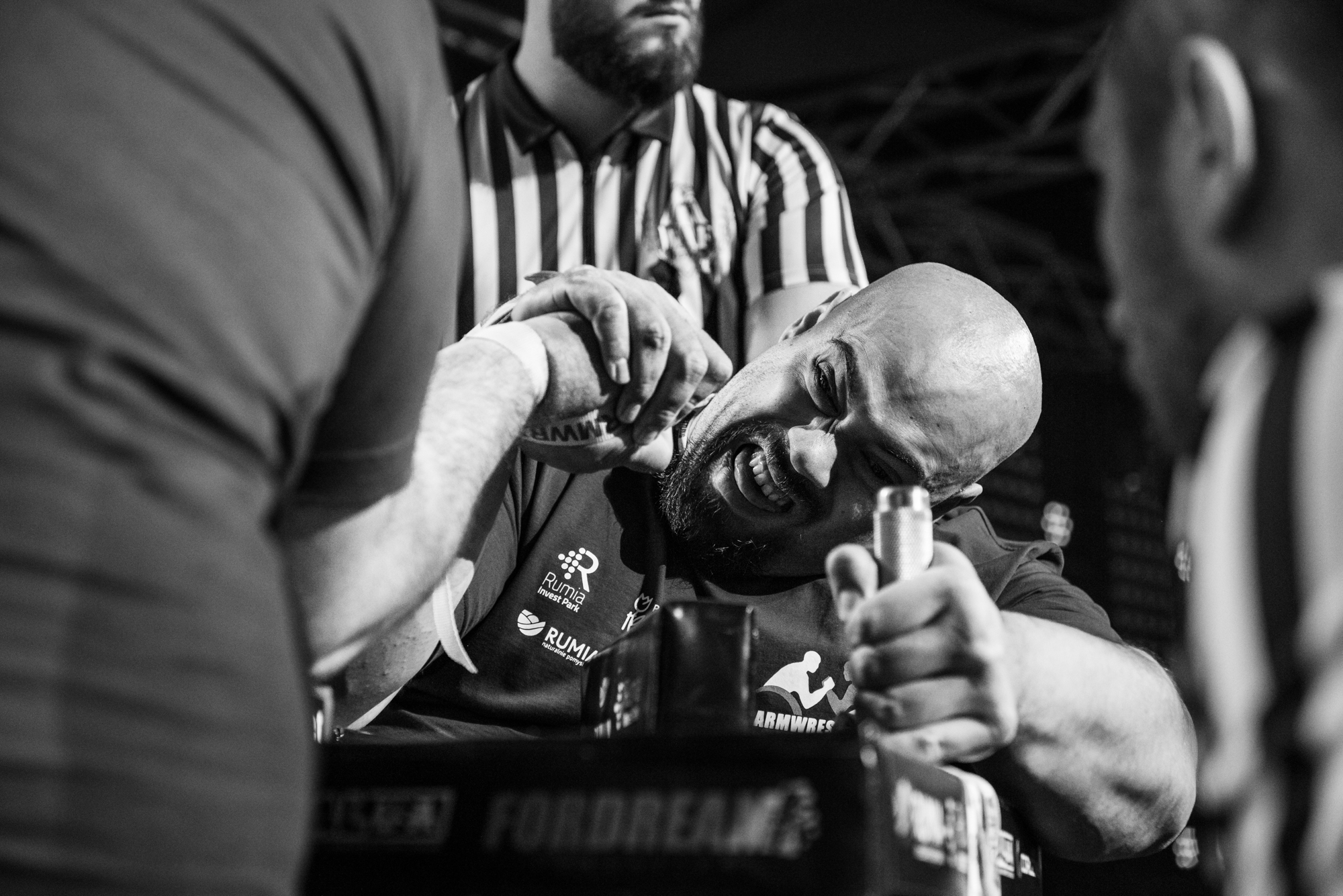 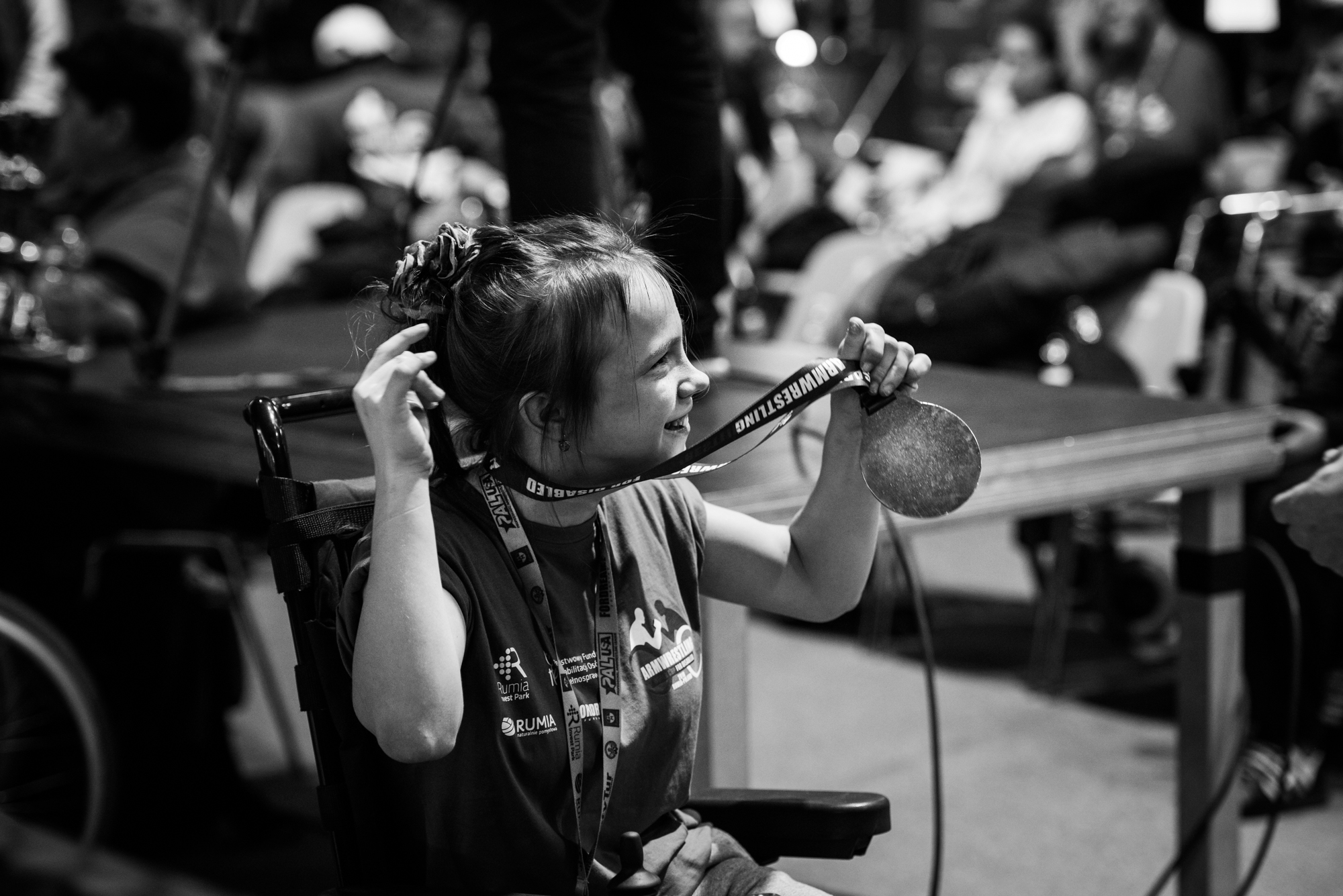 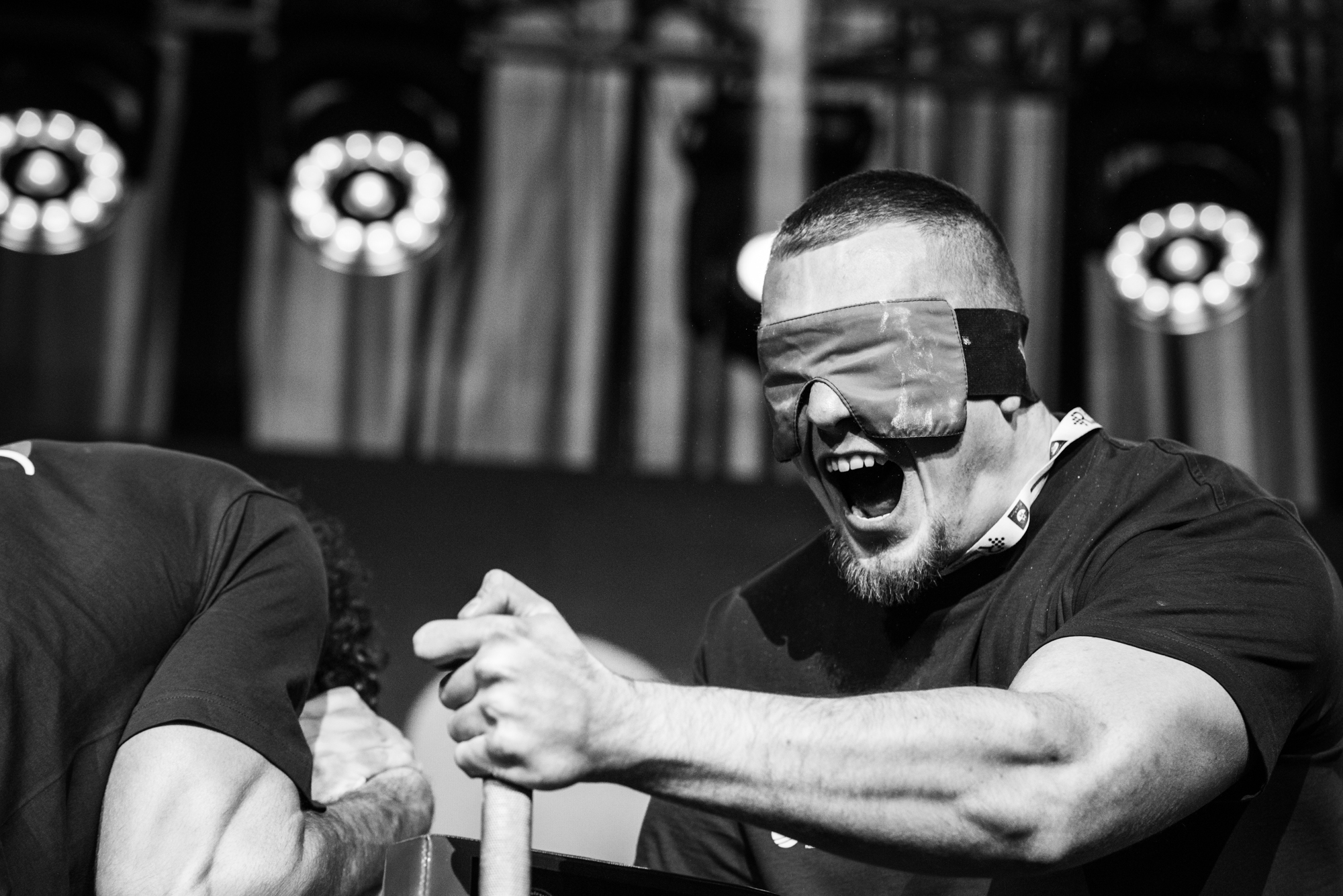 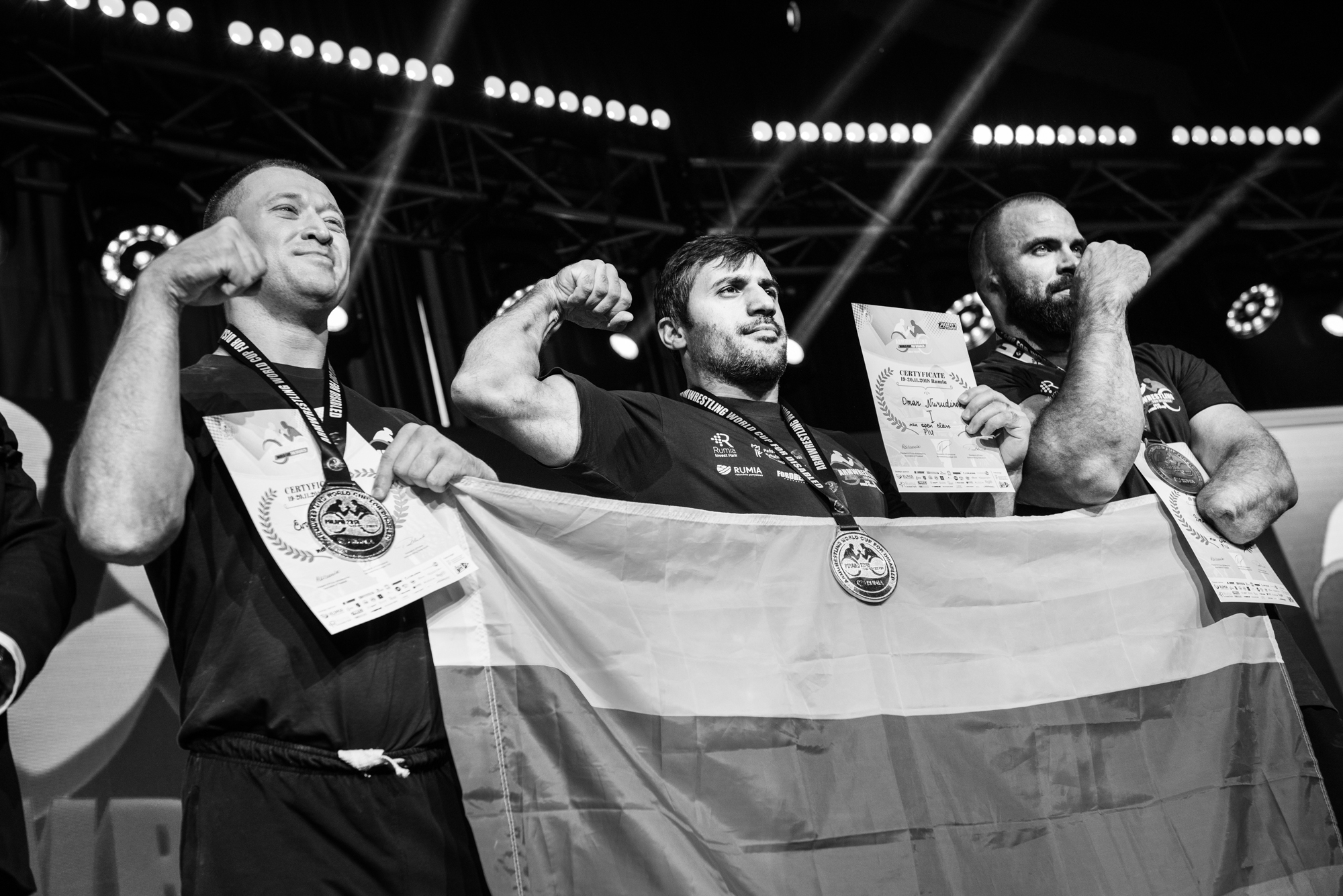 Para-Armwrestling (ParaARM) is the official name of armwrestling for athletes with a disability, approved in 2015 by the International Paralympic Committee (IPC).

Strength, focus, pride, determination, emotions and endurance – all this in complex visual narratives is captured in a clear manner in Tomasz’s photography. Tomasz turns his lens towards para-armwrestling, managing to isolate split-second moments of unforgettable fights. The result – a visual saga that escapes categorization. Photographs are simultaneous portraits of incredibly strong individuals and records of exciting competitions, all with the clear intention of emphasizing the intensity of this sport.

Para-armwrestling pushes the categories and limits of strength, expanding the scope of its understanding. Governed by strict rules, the sport involves technique and discipline; beyond their disabilities, athletes find a space of possibility and control; an environment where they come to discover their strength and measure it against others, as they assert their confidence and physical and mental resistance.

ARMWRESTLING is one of the oldest combat sports. It has existed since the times of the Pharaohs as entertainment for men and as a form of sporting competition to establish dominance between two fighting men, as evidenced by engravings on the walls of the Pyramids.

In this form, the sport existed until the twentieth century. As an organized sport, arm wrestling began in the 1950s. In the city of Petaluma, California, USA, one of the first arm wrestling tournaments was staged, which later evolved into the World Championships.

From 2019, athletes can also represent their country in the newly formed federation, the International Federation of Armwrestling (IFA).

THE DISABLED IN ARMWRESTLING

One of the first organizers of PRO armwrestling events to see the need to organize competitions for the disabled was Igor Akhmedshin, the organizer of the legendary “Gold Bear” tournament, which took place in the 1990s, in Moscow, Russia.

In the years 2012-2015, the A1 Russian OPEN tournament was also organized in Moscow. These prestigious competitions offered a prize pool exceeding $100,000, and in addition to professionals, disabled athletes competed to identify who were the strongest competitors.

Currently, para-armwrestlers have a world-class event on the calendar; Armwrestling World Cup for Disabled, known as ParaARM World Cup, organized in Rumia by Anna Mazurenko. After professionals finish competing at the legendary Zloty Tur World Cup, para-armwrestlers will enter the stage, fighting for victory in the same categories that are offered at the World and European Championships.

Did you know that…

Armwrestling is associated with strength, which is of course needed to defeat an opponent. However, technique also plays an important role in the fight and can be developed through many years or practice. For people who love armwrestling, this is more than “just sport” – it’s a way of life, it’s their passion. The THREE MAIN FIGHTING TECHNIQUES in the sport are: the “hook”, the “top roll”, and “side pressure”.

JOHN BRZENK. In the sport’s long history, many Champions have appeared in different weight categories. The Greatest Armwrestler in History is American John Brzenk, who in his competitive career of 30+ years has dominated virtually all of the world’s top pullers. Eric Roussin, an enthusiast and historian of armwrestling, confirms that John has won over 400 major titles.

“Over The Top” – ARMWRESTLING ICON. The growing popularity of armwrestling meant led to the sport being noticed by Hollywood. In 1986, the movie “Over The Top” appeared on cinema screens around the world. Sylvester Stallone played the role of Lincoln Hawk, a truck driver who fought in armwrestling tournaments to earn money and re-establish a relationship with his son. Many real armwrestlers, including the legendary John Brzenk, appeared in the film as extras.

In tandem with the film’s production, there were qualifying tournaments for the Great Finals in Las Vegas which took place on August 26, 1986. Over 800 competitors fought for victory in these championships in various weight categories. The main prize was a truck worth $250,000: it was won by John Brzenk.

RUSSIA has the greatest number of high-level armwrestlers among all countries. Russian competitors regularly win medals in international tournaments, often taking first two places on the championship podium. There are officially over ten thousand competitors registered in Russia.

Armwrestling training equipment, including armwrestling tables, are manufactured in Poland by MAZURENKO ARMWRESTLING PROMOTION, and is recognized as the best in the world.

So far the project was presented on two solo exhibitions: