My project, which also is my passion, ARMWRESTLING was published today on PETRIe Magazine. Big Thx to Elena Stanciu for AWESOME article. 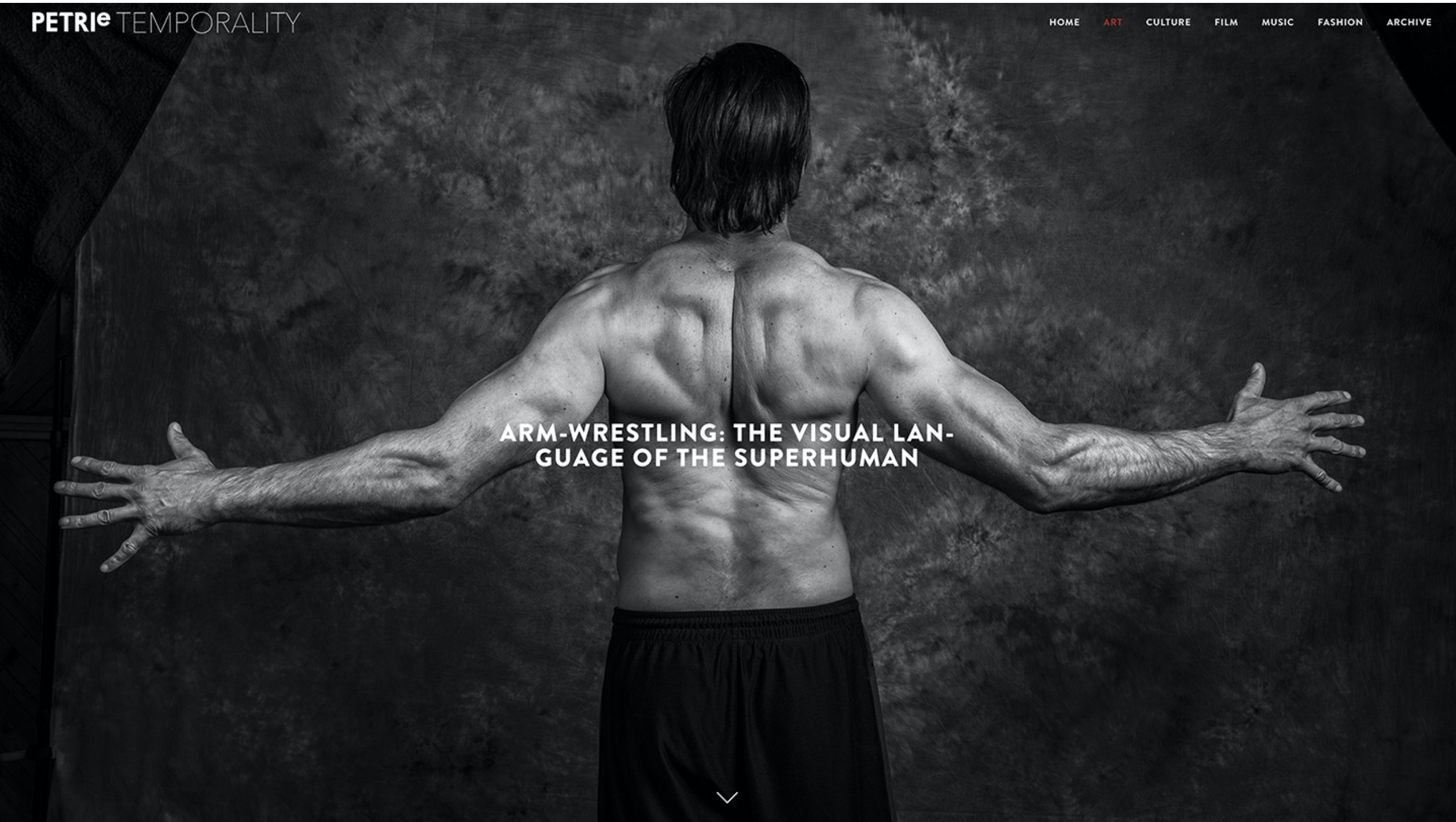 “Arm-wrestling is a fierce and highly-addictive combat sport. Despite it apparently involving only one part of the body, it actually activates the body and mind entirely, propelling the two combatants into an all-encompassing rush of energy and drive. Every angle of every joint in a competitor’s arm is significant. The sport is associated with raw, sharply-focused strength that often sets a tone of superhumanity, channelled from an otherworldly dimension. This is what North-Western UK-based photographer Tomasz Wisniowski looks for, in his recent photographic project, Arm-Wrestling – a glance into the superhuman.

The experience can be described using a language of physicality, strength, and combative energies but the true source of endurance and power at the heart of the sport is harder to evoke and articulate. Wisniowski employs a visual language of desire and corporeality that strangely translates into an understanding of immateriality, of transcendence of the body, from the moment of contact and tension to one beyond temporal or spatial limits: a moment of absolute human capacity and strength that might as well last forever.

The photographer interestingly emphasizes singularity and individuality, opposing it to the appearance of peculiar togetherness that the competitors might feel, due to the close proximity they engage in, thus questioning a multitude of elements that might escape the viewing eye: from affect to the psychology of the sport, to the split-second that makes the difference, to the complex somatic responses of the wrestlers.

“Arm-wrestling is almost a marathon on fast forward,” Wisniowski himself affirms, pointing at the underlying fragility of the sport, masked rather well by undeniable marks of physical and mental strength. This intensity of power and will concentrated in a few seconds of action has the capacity to symbolically elevate the moment of contact between the wrestlers, to open a temporary space, capable to contain this explosion of energy, when our reality might fail to do so.

For Wisniowski, the entertainment that spectators might find in watching this sport is replaced by an acute sense of the dramatic: “my mission has been to capture the expression, sweat and tears of the tense moment when a man can become a mouse upon the victory of the brutish winner who has dominated.” A story as old as time; a setting that can make and break seemingly unbreakable men: there is little space for nuance or subtlety in this, as everything raw and visceral surfaces and takes over. Nevertheless, Wisniowski persists in hunting the visual and embodied poetry that fills the transient moments of glory, defeat, hope, and desire in the practice of arm-wrestling.”